Teacher trying to save Anishinaabe language

This article originally appeared on Alumni Stories of Impact. Read the full article on their website. 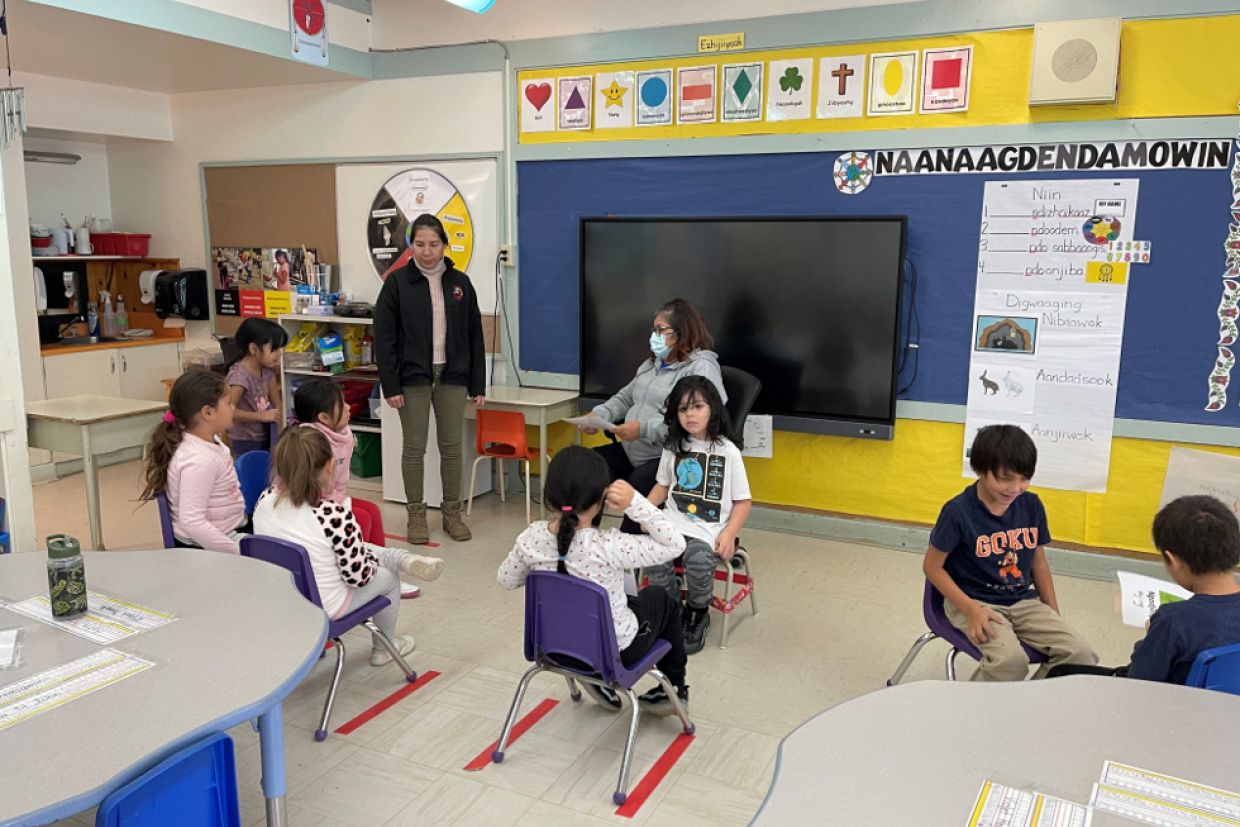 Ngwaagan Whitehawk-Eshkibok, Ed’20, has an important role in her job that most other teachers don’t have to worry about – saving her culture and language.

The graduate of the Indigenous Teacher Education Program at Queen’s is now a Grade 1 teacher on the Wiikwemkoong First Nation Reserve on Manitoulin Island in Ontario.

She is working to revitalize the Anishinaabe language (also called Anishinaabemowin) in her community and she plays a vital role in teaching it to the next generation.

“I ask my students, ‘What is wrong with Anishinaabemowin?’ and they say it is dying,” Whitehawk-Eshkibok said. “I tell them, ‘This is our language’ and they are the next ones who will carry it.”

Like many Indigenous languages, Anishinaabemowin has been withering away for decades. The residential school system forced Indigenous students to only speak English or French and children were punished for speaking their own languages. It means many generations of Indigenous peoples lost their ability to speak their traditional languages.

“It’s like we are in a rush. The older ones – the fluent ones – are passing on,” Whitehawk-Eshkibok said. “On some of the reserves, there are no fluent Anishinaabemowin speakers. They have lost it.”

Before becoming a teacher, Whitehawk-Eshkibok worked a series of office jobs and found sitting in front of a computer all day uninspiring. She’s realized becoming a teacher was a way to be paid to do something she loves – preserving her culture.

Ngwaagan Whitehawk-Eshkibok is a graduate of the Indigenous Teacher Education Program (Community-Based). This program provides an opportunity to specialize in Indigenous education and qualifies graduates for Ontario College of Teachers certification.